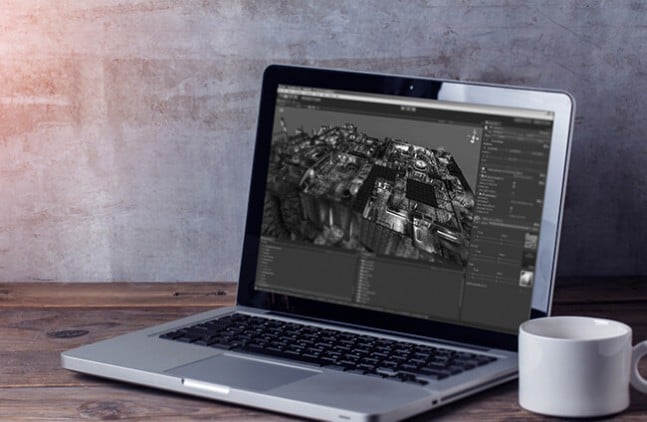 Become a expert game developer with our unity 3D free course which has built in tools for designing and developing animation, terrains and character design.


While, game development was a niche market way back in the day, with only some big companies who could focus entirely on developing games, these days its become a huge lucrative market.
From designing characters and mapping their animation to writing the game protocols, these days everything can be done by one person or a small team. You no longer need different teams to perform different tasks, one person can now complete an entire game from start to end with the help of brilliant programs such as Unity.
Unity has become a boon for the gaming industry with many big name developers such as Nintendo relying on the software for their game development needs. Not just console games, but Unity is popular in game development for PC and even games for mobile devices and websites.
Unity has standardized the process of game development, simplifying the process of designing and coding games for multiple platforms. Additionally, it also comes with built in tools for design and development such as animations, terrains and even character designs.
Do you want to master this brilliant technology, becoming an expert game developer? Do you want design your own characters and your own gameplay? Bring your ideas and imagination to life with this epic Unity Game Development course.
In this Unity 3D course, you will learn everything from the very beginning, breaking down simple and even complex concepts, and becoming familiar with Unity’s user interface. This is the PERFECT course for you to get started with becoming a professional game developer. From character design to animation and even coding, you will learn it all.
The course begins with an in-depth introduction to Unity 3D and its user interface. From there, you will progress to learning some light coding principles in C#, which can help you not only in game development but also in your other projects. The course will then progress on to the console and helping you learn Math and Graphic concepts, while still brushing up on the user interface, which remains constant throughout the entire course.
The course also covers Unity 3D’s built in functions and tools such as the Rag Doll Program, Unity’s Terrain, Sounds, Animations, and so much more. At the end of this course, you will go from knowing nothing about Unity 3D, to becoming extremely proficient with the Unity’s user interface. You will also have enough confidence to start creating your own character and developing your own games.
Sounds like a great deal, doesn’t it?
This Course will cover:
1. An in-depth introduction to Unity and Unity’s user interface
2. Basic C operations including var
3. A complete detailed understanding of the user interface including menus, scripts, etc.
4. An introduction to C# programming language – covers Finishing WaypointScript, Tool Switching, Tool Script, NameSpacing, etc.
5. Basic math and graphic concepts
6. Familiarizing with Unity’s Built in Tools – Ragdoll Program, Terrain and Textures, Sounds and Animation.
Why hold out on your dream of becoming the next big game developer? Enroll now and let’s get started with becoming a gaming wizard!