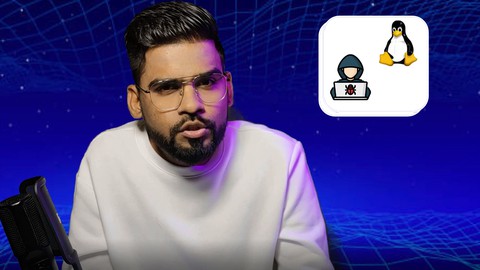 Learn Linux Skills before you learn about Hacking - Free Course

Linux is an extremely popular operating system for hackers. There are two main reasons behind this. First off, Linux’s source code is freely available because it is an open source operating system. This means that Linux is very easy to modify or customize. Second, there are countless Linux security distros available that can double as Linux hacking software.
Malicious actors typically use tools such as password crackers, network and vulnerability scanners, and intrusion detection software. These Linux hacking tools all serve different purposes and are used for a wide range of attacks.
Password crackers are software developed for decoding passwords in a variety of formats, such as encrypted or hashed passwords. Many cracking distros offer additional functionality such as network detectors and wireless packet sniffing. Malicious actors use these Linux hacking tools because they offer a simple way to gain access to an organization’s network, databases, directories, and more. Password cracking distros are commonly used in Linux wifi hacking (Linux hacking that targets wireless networks).

Who this course is for: Anyone who want to kickstart their Ethical Hacking career